The Oestrus Cycle and Performance Mares
By Kate Hore RNutr(Animal). R.Anim.Technol
Head Nutritionist at NAF
Mares can be so rewarding, but their seasons can be challenging, especially when you really need them to be at the top of their game. Bucking, napping, biting, refusing fences can all make riding a lot more difficult, and have significant effects on our competition results; but why are mares so tricky and why do they display such signs of discomfort? 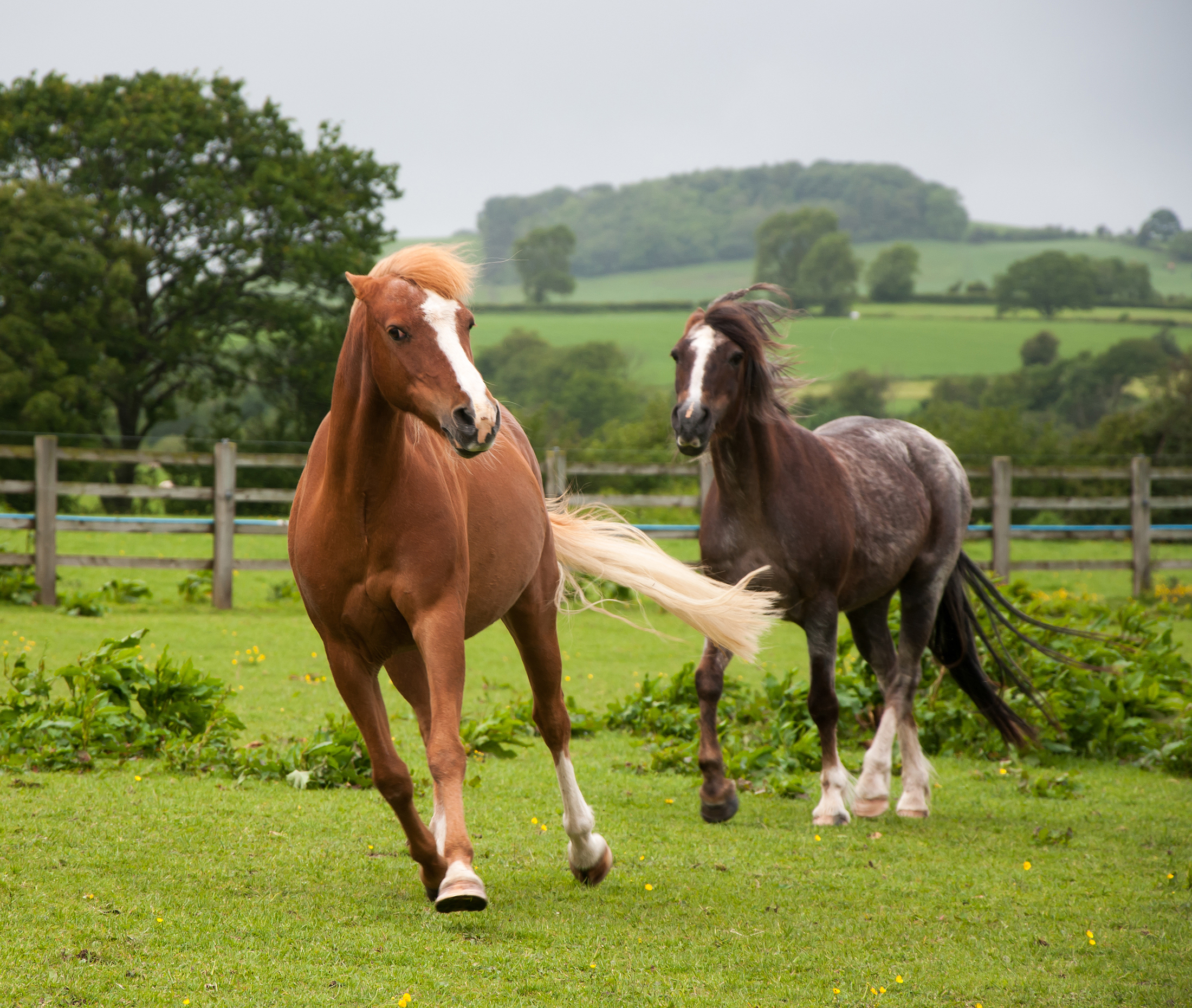 The first thing we need to appreciate, is that mares are ‘entire’ animals, exactly as stallions are, with all the hormonal challenges that can bring. Just as we expect stallions to sometimes be highly strung, then the same can be true of mares. For example, in the wild, the boss of a herd is usually an older female, known as the ‘alpha mare’ who can certainly assert her dominance despite not being physically as strong as the stallion. That alpha position can be a fluid situation, with different mares within the herd taking the lead on different issues, so there may be an alpha for feeding, and a different alpha for when to move the herd.
If you own an alpha mare you may be all too familiar with the challenges she can bring. However, with the lows come the highs. Mares are often said to take longer to bond, but once you have that relationship you will be a formidable pair! Mares can be determined, quick thinking, and willing to take the lead – all of which can make her a truly amazing competition partner. If you’re lucky enough to own a mare it’s just a case of working with her, as trying to working against her will not work. 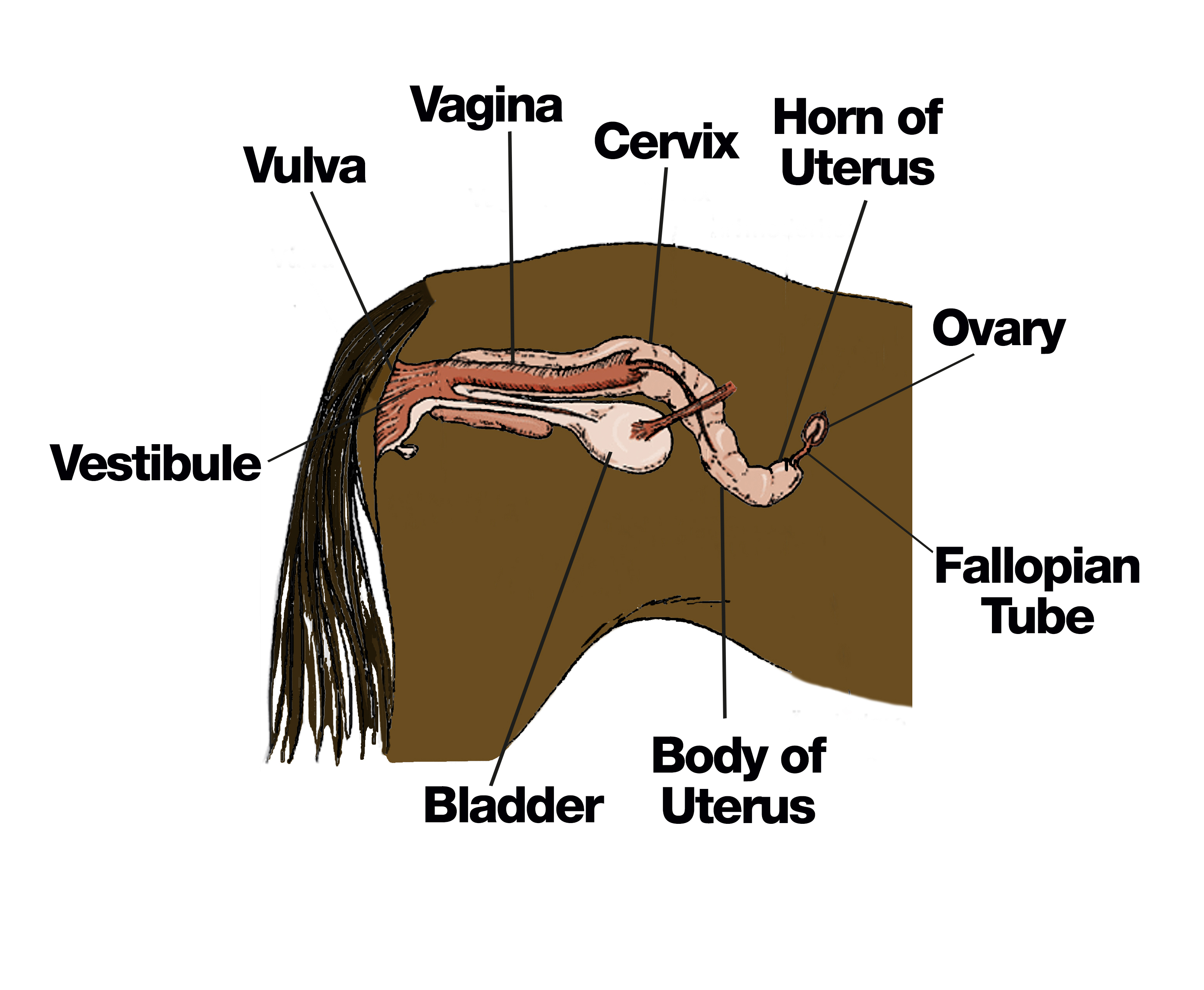 In the case of mares hormonal behaviour usually follows a pattern, from around March through to October, though this can vary between animals, and the severity of the behavioural changes are highly individual too. Whilst some mares demonstrate almost no signs of oestrus, some seem to be constantly hormonal. Furthermore, not all mares cycle regularly, making any changes unpredictable, thus further impacting on their performance. For the mare, the challenges of oestrus is compounded by the anatomy of the female. In the horse the ovaries sit just behind and down from the saddle, and often she will show us her discomfort with signs associated with that area. For example, the mare who swishes her tail, or is more sensitive to grooming over the quarters is likely experiencing cramping and muscle tension in the area, which will impact her ability to engage her hind quarters and bend correctly. For disciplines such as Dressage and Showjumping, where engagement of the quarters is so important, this can be a particular challenge for both the mare and rider. Therefore, working to improve your mare’s comfort can make a huge difference to her performance throughout her seasons.
Unfortunately for us, the mares cycling season matches, almost perfectly, with the competition season, as her seasons are stimulated by longer day light hours. Using a sympathetic, but proactive, response is the best way forward and there are a number of ways you can support her.
In her general management, try to keep her in a stable herd of grazing companions. Changes will upset the herd dynamic, and can certainly change a mare’s status, which could cause further stress. Ensure you are feeding a naturally based high fibre, low concentrate diet, so you are not introducing high starch elements which can further exacerbate unwanted behaviour. Ensure you maintain your mare in a healthy Body Condition Score (BCS), as excess weight can extend the breeding season in mares, and research shows dominant horses have higher BCS. While it is not clear whether the dominance causes the weight gain or not, it is advised to keep all animals at a healthy weight, so think ‘fit not fat’ for all horses, including your mares. In addition to good general management, targeted nutrition for mares is advised.
Magnesium is commonly used as nutritional support for mares, through it’s role in maintaining relaxed muscles, so enabling her own system to naturally relax. However, magnesium rarely works alone, so look for a nutritional complex combining magnesium with natural herbal elements for hormonal balance.
An interesting fact with herbs, is that their common often tells you something about it’s action. Therefore Vitex Agnus Castus, also known as Monks Pepper, was used historically in monasteries, to keep the monks focused on their work and not turning their minds to less scholarly matters! Not just for monks, it can be just as successfully used in our mares. Her seasons cause increased libido, as she is essentially preparing to breed, which likely demonstrates itself as flirting behaviour, such as distraction from her work, excessive urination, squealing or separation anxiety. Monks Pepper, also known as ‘Chasteberry’, helps to maintain ‘pure and chaste’, focused behaviour, and works beautifully in synergy with herbs such as Crampbark, a herb traditionally used for comfort in women through their oestrus cycle.
Ultimately, we have to respect that seasons are a natural characteristic of our mares, but any mare owner knows she can bring more highs than lows. With good management and targeted nutrition we can work with our mares to keep them focused and comfortable, so allowing the natural ‘girl power’ to put those geldings in their place!
Share
Share on Facebook Tweet on Twitter Pin on Pinterest
Back to News